Why do some gold exploration companies strike it rich with one single vein, while others don’t?

According to a recent study, the mystery behind ultra high-grade “Bonanza” gold veins could finally be cracked.

And for anyone considering an investment in mining and exploration, understanding how these deposits are formed – and found – could mean the difference between a potential World Class Deposit worth billions of dollars…

And an expensive hole in the ground with nothing much to show for it.

The science behind rocks that make investors rich

Something is raining gold across the universe. But weirdly, scientists can’t figure out why – or exactly how – it’s happening.

Precious metals – like gold and silver – aren’t a renewable resource. They are considered an element, which means it can’t be made through ordinary chemical reactions (although alchemists have tried for centuries to turn lead into gold).

As far as we can tell, creating gold requires an intense nuclear fusion reaction to bind 79 protons and 118 neutrons together.

The most common theory of how gold is made is the collision between neutron stars.

In fact, in October of 2017, for the first time ever, scientists caught two neutron stars colliding.

These incredibly dense stars are as small as cities like New York… but have more mass than our sun!

The collision of two neutron stars, seen in an artist’s rendering, created both gravitational waves and gamma rays. Researchers used those signals to locate the event with optical telescopes. // Robin Dienel/Carnegie Institution for Science

In a filmed press conference, Edo Berger – Professor of Astronomy at the Harvard University department of astronomy:

We conclude that all the heavy elements produced in this one single event is 16,000 times the mass of the earth.

Of this material, we estimate ten-times the earth in gold and platinum alone.

However, according to an Oct 2020 interview with Amanda Karakas and Chiaki Kobayashi, authors of the study The Origin of Elements from Carbon to Uranium…

That type of reaction doesn’t happen frequently enough in order to produce the amount of gold we find on Earth (and other parts of our solar system).

But regardless of where – and how – all the gold in the universe is created, eventually, some of it wound up here on earth.

Some scientists theorize that during the earth’s initial formation, iron – and heavy elements like gold – sank to the planet’s core.

But because there’s a surprisingly large amount of gold near the earth’s surface – as much as 10x more than scientists would expect – some theories suggest more gold arrived on earth later on in the planet’s history.

Regardless, all of these elements got mixed into minerals, which are the building blocks of rocks, which in turn make up the earth.

All three things are sought after and are mined by the minerals industry.

In most metal mining operations, what they’re after are the elements (e.g. copper, zinc, gold and platinum). However, we cannot mine the elements directly.

As you’d imagine, this process isn’t cheap. That’s why there needs to be a high enough concentration of elements to make it worth extracting.

Logically, this means the higher concentration of gold – known as the “grade” – the better.

And Bonanza Grade Gold is any deposit with more than 34 g/t!

For miners in search of a World Class Deposit – which is one that hosts at least 10 million oz of gold (or gold equivalent) – discovering Bonanza Grade Gold is a big deal.

And if you tuned into last week’s CEO interview with Fernando Berdegue, you’d know that’s exactly what Durango Gold is hoping to confirm with it’s 10,000m diamond drill program!

In fact, on the company’s offering page the Durango team has a survey map that looks like this. The red dotted lines on this map shows us what the mineral veins potentially look like in terms of direction and length.

Those drill results are expressed in the image below.

See that one light purple dot? The original data indicates this could have 48.98 grams of “gold equivalent” per ton…

Unfortunately, the original source data for these results is missing.

One of the goals of Durango’s current drill program is to test and attempt to confirm these results.

…and if they can confirm – or even extend – previous findings, it could be a significant catalyst that would not only help increase shareholder value…

But it could set the stage for Durango Gold’s potential IPO sometime in 2022.

If you’d like to learn more about Durango Gold – and what needs to happen before they start the IPO process – be sure to check out the recent interview we hosted with the CEO, Fernando Berdegue right here.

If you don’t have the full hour and 44 minutes, you can also download a copy of my interview notes to skim through by clicking here. 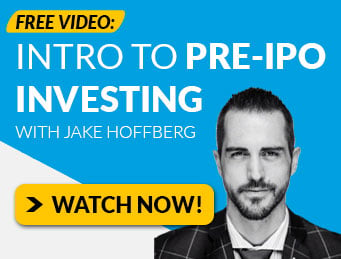