In the world of venture capital, The Great Resignation is in full swing as the proverbial “deck of talent” gets reshuffled…

And according to Protocol: “Going to invest in climate change” is the new “spend time with family” when it comes to venture retirements.”

There’s something you need to know before jumping into popular “green stocks” like electric vehicles, battery technology, and alternative energy sources.

Before we get too deep into the weeds here, a quick note on “investing in climate change.”

In my opinion, it’s quite clear that we – as a species – need to take the threat of potential extinction seriously.

It is also my opinion that the 2020’s will be a defining decade for humanity and I believe we must find a way to rethink our consumption of our planet’s natural resources.

But unfortunately, it appears most investors are woefully unaware about the problem with transitioning towards a carbon neutral future.

A fact that hasn’t escaped billionaires like Bill Gates, Jeff Bezos, Richard Branson, Jack Ma, Ray Dalio, and Michael Bloomberg… all of whom are investing in mining plays.

Because all of the most exciting “Clean Tech” ideas essentially can’t exist without the dirty business of digging metal out of the ground to build them.

However, most people don’t realize the environmental toll required to produce the technology that is supposed to save our planet.

According to a recent New York Times article…

That environmental toll has often been overlooked in part because there is a race underway among the United States, China, Europe and other major powers.

Echoing past contests and wars over gold and oil, governments are fighting for supremacy over minerals that could help countries achieve economic and technological dominance for decades to come.

And if there’s one thing America can’t afford, it’s to lose out on securing a supply of the minerals that will play a critical role in the future…

Especially since China already has a virtual stranglehold over the global rare earth minerals supply.

As the Global Times, a state-owned Chinese newspaper, put it, rare earths are “an ace in Beijing’s hand.”

As far back as 1992, Deng Xiaoping stressed that “the Middle East has oil; China has rare earths.”

And China hasn’t been shy about threatening to cut off supply to the US as a “​​counter-weapon against the U.S.’s unwarranted suppression.”

However, in a rare piece of good news, the tide appears to be turning. Large mines in Australia, the US, and Myanmar have been opened in recent years.

More exploration projects are in the works, and processing plants are being planned in the US.

But strangely enough, the biggest opportunity to break China’s monopoly could come from a place most “green” investors aren’t paying attention to.

How Gold Could Transform Mining

For those not familiar with mining metals out of the ground, it’s not as simple as digging a hole and pulling it out.

In many cases, metals are mixed with other minerals in different concentrations.

This means in order to retrieve it, not only does it need to be mined from the earth, the elements need to be separated through a chemical process that isn’t exactly environmentally friendly.

It appears we need to fundamentally damage the environment in our attempt to save it.

And strangely enough, the biggest innovations could come from gold mining.

Why? It all has to do with what I learned last week from Fernando Berdegué, CEO of Durango Gold – a Pre-IPO gold exploration company with plans to go public sometime in 2022.

You see, today’s mining companies are under the spotlight and public scrutiny like never before. In particular, the spotlight is on their performance along environmental, social, and governance (ESG) criteria.

Even though this issue isn’t new to the mining industry, there is no company that stands out as the undisputed leader in ESG performance.

However, Fernando is looking to change that.

If you’re not familiar with Durango Gold, their entire corporate strategy is based on something called “Shared Values.”

Our “Shared Values” philosophy is at the core of our business. It could potentially give us a competitive advantage, and it’s the right way to do business.

And that may increase the probabilities of exploration success while improving the regional general state of wellbeing.

We seek to add value to the environment in an attemptto extract a greater shareholder value.

His goal with Durango Gold is to discover what’s known as a “World Class Deposit” – or a mine capable of producing more than 10 million ounces of gold (or gold equivalent) metals.

But if they did it with an ESG focused strategy, it could be the success story the mining industry needs to change their ways. 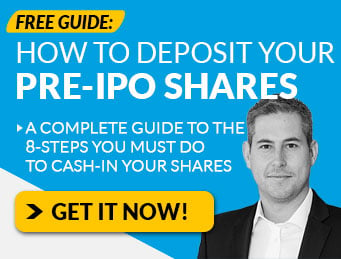